Tiki Contest: Win A Ticket To The Magic

We have an amazing contest going on in the Tiki Hut. MousePros by Sharon and Sean has given us a four day ticket to Walt Disney World. This non park hopper ticket can also be upgraded by you to park hopper or included as part of your trip up to ten days. Which is amazing you would only have to pay for six days of a ten day trip!

All you have to do to be entered to win this amazing prize is listen to your favorite Disney podcast. If you need a reminder it’s Enchanted Tiki Talk. We will place three random Walt Disney World park audio into three different episodes between September 4th and November 23rd. That is a total nine audio clips you will have to pay attention to. Here is a link to the first episode.

After you have all nine audio clips and you know where in the parks they can be heard. Just send an email to contest@enchantedtikitalk.com, give us your name and answers. Every email we receive with all nine answers correct will be entered in the drawing. If we do not get any with all nine we will go to the person with the most correct answers.

Good luck to all!

If you were a fan of my Dole Whip Daily blog, and judging by the numbers you weren’t (Thanks Harry Doyle). You would know that I was not a fan of Disney building the world of Pandora at Disney’s Animal Kingdom when it was first announced. A film that at the time had been out for three years and talks of a sequel had been delayed more times than I could count. Also, my objection was that we still didn’t have any Star Wars in the parks. I wanted Pandora to be Endor with ewoks running around a lush green planet. Animal Kingdom had always been the one park that didn’t have a lot of fiction in it. Yes we had It’s Tough to be a Bug, but that was about it. Most of the message was animal conservation and being one with the real nature around us.

I had enjoyed the movie when it first came out. I thought the story had been done before, but the visual effects were like none I had ever seen on screen before. The world of Pandora was one that was created with technology not seen before.

As the years went on and rumors about what was and wasn’t going to be included in the land began to weigh on me. As if this was going to be another fifth gate rumor that never became reality. The sequels never came and stories of a sequel that would be largely based under water made me wonder how they would incorporate Pandora the theme park land to promote this sequel.

As construction finally began and stories from Joe Rhode, James Cameron, and others started coming out. I began to change my objection to this project. Maybe it had something to do with the fact I am getting Star Wars Land as well. When I was at Walt Disney World this past December. I saw the floating mountains over the construction walls. As I stood there looking at them with awe and wonder. As Bob Iger said at the dedication it was truly a “how did they do that moment”.

As I have seen more and more pictures and videos of the land itself (I won’t watch ride videos until I see it in person), The land itself looks beautiful. The smallest land in any Disney theme park as the most detailed immersion that I think we have ever seen. The transition from day to night is also another technological marvel. I cannot wait to be able just to walk around this land and take it all in. Hopefully, by November the crowds might die down a little (I said a little).

So I guess time can change minds on things. Disney always seems to know how to take anything and make it fit. I am glad they have added Pandora to the park and kept the theme of being one with nature alive. Even if that nature exists on another world.

May The 4th: Not Just Margarita Eve

What was once just a day to prepare yourself for the countless margarita’s and tacos you were about to consume the next day, has now become something more. May 4th is now internationally knows as “Star Wars Day”.

The earliest known reference that started the whole craze can be traced back to 1979. The British party that got Margaret Thatcher elected took a full page ad out in the newspaper saying “May the Fourth Be With You Maggie, Congratulations”. Obviously referring to the famous Star Wars line “May the Force Be With You”.

Over the years it has become a holiday for like minded fans of the film franchise. Fans from all over the world show their fandom in various ways. From wearing their favorite Star Wars gear, throwing parties with themed foods, marathon watching all the films, etc.

Of course where there are fans there is money to be made. Retailers have numerous deals for fans as well. Click here for a link to all the deals that are available. 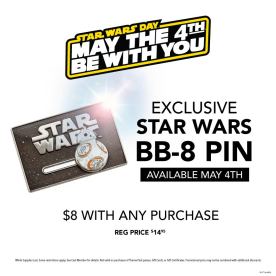 I’d love to see how you choose to celebrate this amazing holiday. Tweet me @DoleWhipDaily

“Geeking out on Disney Afternoon”

I created this page so I could branch out from Disney content to talk about other things like Star Wars or Marvel. However, I was thinking why can’t I geek out to something Disney that crosses multi genres. From television, music, comics, and video games.

For those of you who didn’t rush home from school to watch your favorite block of cartoons. Disney Afternoon first came together as a two hour block of shows in 1990. Disney began to re-air their two popular cartoons from the mid 80’s Disney’s Adventures of the Gummi Bears and Ducktales. However, Disney wanted to add some new content so in came Chip ‘n Dale’s Rescue Rangers and my personal favorite Talespin.

Later shows that were added included Darkwing Duck, Goof Troop, Bonkers, Gargoyles, Aladdin, and The Lion King’s Timon and Pumbaa. These shows would be the cornerstones of newly launched networks like The Disney Channel and Toon Disney. Sadly, the Disney Afternoon would only last until 1997 when the block was cancelled. I cannot stress enough how popular these shows were. Not only did we all know the theme songs by heart (and still do by the way), but it spawned so much merchandise, home video sales, and overall joy that their legacy would live on far beyond the late 90’s. These shows were also showcases for some of the legendary voice actors who help bring the magic to life. We were fortunate enough to interview two of them who were so influential to my childhood. Bill Farmer and Jim Cummings are icons in the industry and such great people (click on their names to listen to their interviews) 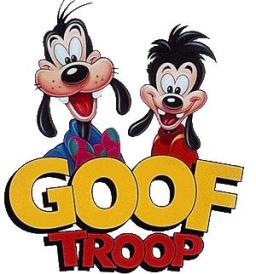 Video games for Ducktales, Talespin, Chip ‘n Dale, and Darkwing Duck would invade homes during that time as well. Just this month Capcom released their “Disney Afternoon Collection”. These four games are presented in all their 8-bit glory for fans to enjoy. Added features include soundtracks, concept art, and various other goodies. 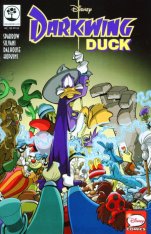 Marvel would also get into the game in 1994 with a ten issue Darkwing Duck comic. These included side stories with Chip ‘n Dale’s Rescue Rangers and Talespin. After the ten issue series was over their stories would continue in the Disney Adventure’s magazine. Original Artist James Silvani and Writer Aaron Sparrow have revived Darkwing Duck for Joe Books Comics. The series has been amazing and still continues on so check it out (Listen to our interview from NY Comic-Con with James Silvani by clicking his name).

So time warp to present day. This summer we will be blessed with a new incarnation of the Ducktales animated series on Disney XD. The reboot of the series will visually look different, but the attitude and stories will bring you back to being ten years old again. 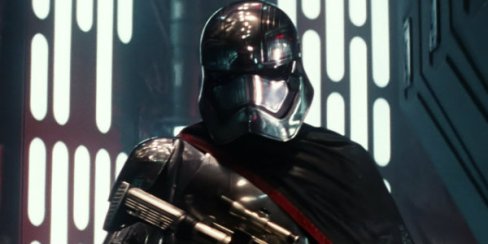 “The Captain We Hardly Know”

Being a lifelong Star Wars fan I am in a constant search for more knowledge about this universe I love. I was so happy when Disney bought Lucasfilm. Mainly because it brought my two passions together under one lightsaber handled umbrella (they do exist check Amazon). One of the unfortunate casualties of the acquisition was the demise of the “Expanded Universe”. For those of you new to the world of Star Wars. The expanded universe held the franchise together for decades when there were no films for fans to enjoy. This universe consisted of novels, video games, tv shows, and comics that told stories outside of the films. We learned about the son of Leia and Han. Characters such as Grand Admiral Thrawn, Mara Jade, etc. Sadly when Disney took over in 2012 they declared all former expanded universe content to be “non-canon” and basically erased it from history.  The only two things that were left as canon were The Clone Wars animated film and tv series.  Disney did this so they can control the storylines and tell the story of Star Wars in one big cohesive format.

One of the characters we were introduced to in Star Wars: The Force Awakens was Captain Phasma. A human female officer in the First Order who was in charge of the Storm Troopers on the Starkiller Base. When we all saw the first images of this character it was mesmerizing. She had this menacing appearance with silver body armor and black cape with red accents. She was everywhere.Oon merchandise, trailers, posters, etc all featured her as the new face of evil (we hadn’t met Kylo Ren yet). I know I was so excited to find out who she was and what her story would be.

Unfortunately, the actual film let me down in that respect. We did get a sense of her role in the Empire, but never found out her backstory. Well, I’m glad to see we will finally get answers to those burning questions.

For her backstory, it will be in the great hands of fantasy writer Delilah S. Dawson. Who is very familiar with the world of Star Wars from her work for “Star Wars Insider”. Coming September 1st is the novel simply titled “Phasma” will be part of the “Journey To Star Wars: The Last Jedi series. Phasma will certainly tell us how she began her rise in the First Order. Also, hopefully we will get a deep look into the First Order as a whole.

Also, to quench our thirst for knowledge of Captaim Phasma, Marvel is getting into the act as well. Coming this fall is a four comic mini series that will bridge the gap between The Force Awakens and The Last Jedi. I doubt this is a spoiler alert at this point. When we last saw Captain Phasma she was left to perish in a Starkiller Base trash compactor (ironic huh?). Well, we now know she survived that and will be in the upcoming film this December. Teaming up on this comic series are writer Kelly Thompson and artist Marco Checchetto. Veterans in the comic world they will let us in on the latest adventure of Phasma. Here is the cover art for issue #1 by Paul Renaud 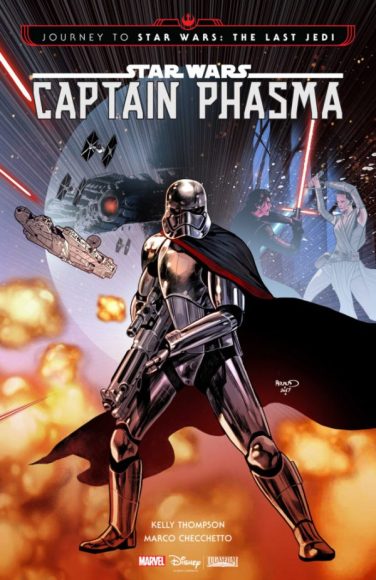 As much as it saddens me to think of all the great stories from the Expanded Universe we no longer can hold dear. I am just as excited to see and read the new adventures of the Star Wars universe.